Eseosa Aigbogun is a co-founder and Lead Developer at Conzultrix. He holds a Bachelor in Mechanical Engineering.

A self taught programmer, he has a passion for building application. Since coming across Red Hat Linux 9 in 2003 he has adopted Linux as his development platform, briefly using Fedora Core before switching to Ubuntu in 2007.

Prior to Conzultrix, Eseosa worked with AfriHUB ICT Institute at the University of Benin Campus where he was the Lead Trainer. He has seen the training of over a thousand students in Java, AutoCAD, C++, and Python.

As a lifelong learner, Eseosa spends most of his non working time studying mostly technology and business. He shares his book shelve and tablet with his kids but keeps his Kindle to himself. 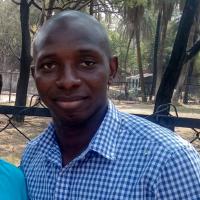